'Neath the Arizona Skies is a 1934 Western film directed by Harry L. Fraser, produced by Lone Star Productions, released by Monogram Pictures and starring John Wayne. Wayne's character attempts to locate a little girl's father, so that she may claim a $50,000 Indian oil claim. The film co-stars Sheila Terry and Shirley Jean Rickert.[1][2][3]George "Gabby" Hayes played a featured character with a speaking role, but his name was omitted from the cast list in the opening credits. 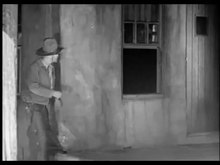 This section needs expansion. You can help by adding to it. (January 2021)

Wikimedia Commons has media related to 'Neath the Arizona Skies.
Films directed by Harry L. Fraser
Categories
Categories:
{{bottomLinkPreText}} {{bottomLinkText}}
This page is based on a Wikipedia article written by contributors (read/edit).
Text is available under the CC BY-SA 4.0 license; additional terms may apply.
Images, videos and audio are available under their respective licenses.