Lambert Harwood Hillyer was born July 8, 1893, in Tyner, Indiana.[1] His mother was character actress Lydia Knott.[2] A graduate of Drake College,[3] he worked as a newspaper reporter and an actor in vaudeville and stock theater. During World War I he began working in motion pictures and became a prolific director and screenwriter, working on many silent-era Westerns by William S. Hart, Buck Jones, Tom Mix and others. Often associated with producer Thomas H. Ince, Hillyer expanded into romantic melodramas and crime films in the 1920s. In 1936 he directed two chillers for Universal, the science-fiction film The Invisible Ray and the cult horror film Dracula's Daughter. He directed the first screen depiction of Batman, a 15-part serial produced in 1943[4] that was re-released as a theatrical feature in 1965.[5] He directed many B movies for Columbia Pictures in the 1930s and early 1940s,[6] including the Westerns that were his specialty. Hillyer finished his career directing low-budget dramas and Westerns for Monogram Pictures.[4] In the early days of television, Hillyer also directed episodes of the syndicated Western, The Cisco Kid. Hillyer directed at least one episode of Highway Patrol, which starred Broderick Crawford. 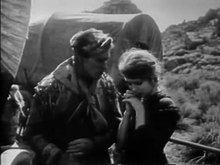 Poster for The Desert Man (1917), scenario by Lambert Hillyer

Films directed by Lambert Hillyer
Authority control
Categories
Categories:
{{bottomLinkPreText}} {{bottomLinkText}}
This page is based on a Wikipedia article written by contributors (read/edit).
Text is available under the CC BY-SA 4.0 license; additional terms may apply.
Images, videos and audio are available under their respective licenses.