When Knighthood Was in Flower (1922 film)

When Knighthood Was in Flower is a 1922 American silent historical film directed by Robert G. Vignola, based on the eponymous novel by Charles Major and play by Paul Kester. The film was produced by William Randolph Hearst (through his Cosmopolitan Productions) for Marion Davies and distributed by Paramount Pictures. This was William Powell's second film. The story was re-filmed by Walt Disney in 1953 as The Sword and the Rose, directed by Ken Annakin.[2][3]

Mary Tudor is forced by her brother Henry VIII to marry Louis XII as part of a peace agreement but she falls in love with Charles Brandon. Mary flees with him, but the two lovers are captured. Brandon is framed for murder and Mary agrees to marry Louis XII if his life is spared. Brandon is exiled and Louis XII, old and sick, dies shortly after the wedding. After an attempt on the part of Louis XII's nephew Francis I to wed Mary, she finally marries Brandon.

Exteriors were shot at Windsor Castle, England. With an estimated cost of $1,500,000, it was considered by Life "the most expensive film that has ever been produced" in 1922.[4] According to Variety, William Randolph Hearst launched "the most expensive and extensive campaign that has ever been organized for anything theatrical", with over 650 billboards in New York, 300 subway advertising placards, special booths in department stores that sold souvenir books, and a dazzling string of electric signs that pervaded Times Square, upon which Will Rogers quipped that Davies's next film would be titled When Electric Light Was in Power.[5]

Marion Davies makes her entrance coming down the river on a royal barge. The barge was a full-sized replica built in Bridgeport, Connecticut. The scene and the dance were filmed on the Laddins Rock Farm in Stamford/Old Greenwich, Connecticut.[6] Hearst commissioned two songs from Victor Herbert: "The When Knighthood Was in Flower Waltz" and "The Marion Davies March," which were played at the New York premiere.[7] 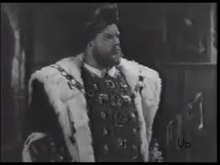 When Knighthood Was in Flower (full movie)

The film was very popular and was the second highest-grossing film in the United States in 1922.

Robert E. Sherwood defined it "gorgeously beautiful [...] flashily romantic and stirringly impressive",[8] ranking it as one of the best pictures of the year[9] and appreciated Vignola's "genius for lighting and composition".[10] In 1922, Motion Picture News stated the film was "not only Cosmopolitan's greatest achievement [but] one of the greatest achievements of the silversheet", wrote a positive review of the cast and praised Vignola "for his masterly direction".[11]

Delight Evans cited the film among "the most entertaining photoplays ever made" on Photoplay in 1923.[12] It was ranked #10 on Screenland's reader poll of "The Ten Best Screenplays Ever Made" in 1924.[13] The Motion Picture Guide praised the film for its "tremendous production values, excellent direction, a good script, and an outstanding cast", giving it three out of four stars.[14]

It was a triumph for Marion Davies, and she was named "Queen of the Screen" and the #1 female box office star of 1922 at the annual theater owners ball (Rudolph Valentino was named #1 male star).[15] However, the movie was negatively received in London and, according to Davies, the English did not accept an American woman playing an English character. Despite the controversy, it was appreciated by Edward, Prince of Wales, who defined it "a wonderful picture".[16] British art dealer Joseph Duveen stated the film setting was "the most stupendous reproduction of Henry the Eighth court life that has ever been achieved — a marvelous piece of artistry".[17]

The film was spoofed in Broncho Billy Anderson's When Knights Were Cold (1923), starring Stan Laurel and Mae Dahlberg.[18]

Ben Model used portions of the songs commissioned by Hearst for the film's New York premiere in his score for the 2017 restoration of the film.

Wikimedia Commons has media related to When Knighthood Was in Flower (1922 film).
Films directed by Robert G. Vignola
Categories
Categories:
{{bottomLinkPreText}} {{bottomLinkText}}
This page is based on a Wikipedia article written by contributors (read/edit).
Text is available under the CC BY-SA 4.0 license; additional terms may apply.
Images, videos and audio are available under their respective licenses.